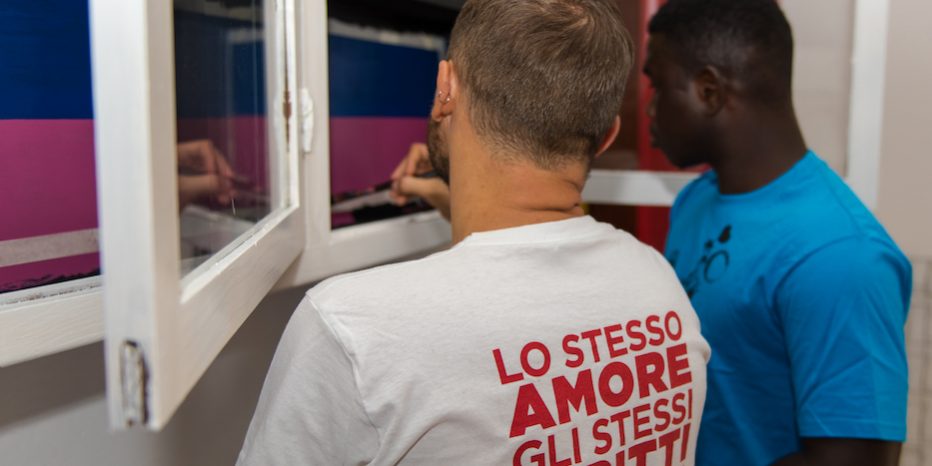 Arcigay's work with and for LGBTI migrants, and in particular with LGBTI asylum seekers, has its roots in 2008, with the project “Immigration and Homosexuality”, when Arcigay published the first guides for workers, volunteers, and for migrant people themselves (in the field of health and rights), materials updated and reprinted in 2014. Since then many local Arcigay committees have opened reception, guidance and support desks for LGBTI asylum seekers. Through only 6 reception desks for LGBTI migrants and asylum seekers (Turin, Padua, Modena, Perugia, Naples, Palermo) Arcigay in 2015 and 2016 supported respectively 107 migrants and 100 LGBTI asylum seekers thanks to its committees with initial orientation activities, of which 70 and 63 were followed throughout the asylum application process, and 63 and 56 obtained some form of protection. However, there are more Arcigay asylum seeker counters, even in other cities (Milan, Rome, Genoa, etc.).

Currently Arcigay, through specialized branches, guarantees support to LGBTI migrants and asylum seekers only in some Italian cities but through MIGRANET wants to support the diffusion of branches throughout the national territory.

The MIGRANET program is divided into several phases and aims to:

To see the path that Arcigay has made up to now, all the activities carried out, and learn more about the topic, click here.

Pursuant to Legislative Decree 196/2003, we inform you that:
a) the data controller is ARCIGAY, 40121 Bologna (Bo), Via Don Minzoni, 18
b) the data controller is the president of Arcigay, Via Don Minzoni, 18 – 40121- Bologna (Bo)
c) your data will be processed (also electronically) only by authorized personnel, exclusively to send the newsletter and to send (also via email) information relating to the initiatives of the Data Controller;
d) the communication of data is optional, but in the absence we will not be able to process your request;
e) using the extremes, you can contact the indicated manager to know your data, check the methods of treatment, obtain that the data be integrated, modified, deleted, or to oppose the treatment of the same and the sending of material. Having taken note of the foregoing, I consent to the processing of my data.

By using the site, you agree to our use of cookies. more information

This site uses cookies to provide the best browsing experience possible. By continuing to use this site without changing your cookie settings or by clicking on "Accept" you allow their use.